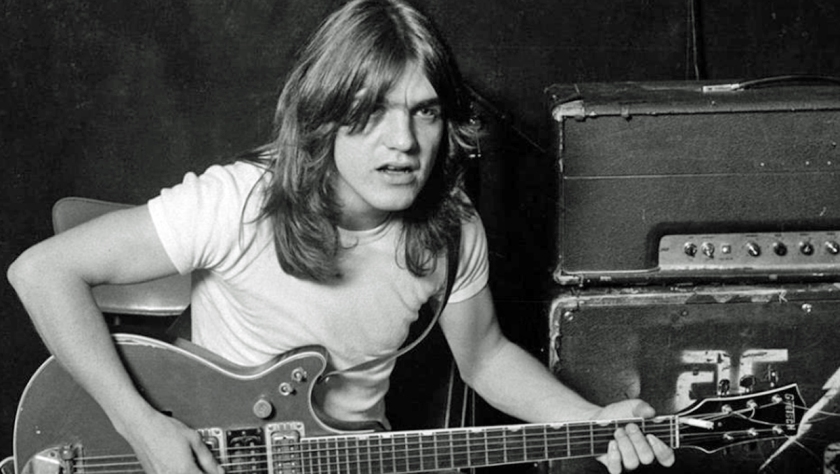 Well, some of yesterday’s reporting is already old and out of date.

I talked about the possibility of Malcolm Young appearing on AC/DC’s upcoming album PWR/UP.  This rumor started back in February through an interview Dee Snider of Twisted Sister gave on the Sirius/XM program Trunk Nation.  There he stated:

“They’ve been in the studio; they’ve been recording. The original — I don’t say the ‘original’ guys, because a lot of them are gone, but I say the ‘classic’ lineup is back together and there are some surprises, which I can’t talk about, regarding Malcolm Young that just had my jaw on the floor. I will say he will be present.

Hmmm… now when I really read it… there really isn’t much there.  The rumor took on a life of its own with many speculating that Malcolm would appear through some “new technology”.  I didn’t give it much thought until I listened to an interview with PWR/UP‘s engineer, Mike Fraser yesterday who didn’t flat out deny the rumor.  Instead, he said he would rather have Angus be the one to “tell the fans”.

Well, today Brian Johnson squashed that notion.  In an interview he did with Cliff Williams on Rock 100.5 in Atlanta, he doubled down on how Malcolm’s appearance on PWR/UP will be in spirit only.  Here is the quote:

“Well, of course, that’s not true. But what is true is the fact that Angus and Malcolm had done riffs together all their life and really had a big box of them. And Angus said he basically just went through them all and he went, ‘Oh, that’s a good one. This is a good one,’ and he brought them out. So, it really is true that Malcolm is on there, basically in spirit and all of that.”

Well, nuts to that.  I mean, really… when you think about it… AC/DC have always treated their recording sessions like a live performance.  So them playing along to Malcolm’s old recordings probably would have sounded awkward.  And they have always been so particular about how everything is recorded, I can’t imagine a recording Malcolm put on a machine somewhere would have cut the mustard. Here’s the full interview posted by “weloveacdc” on YouTube.  Give it a listen before that Atlanta station has it pulled down!