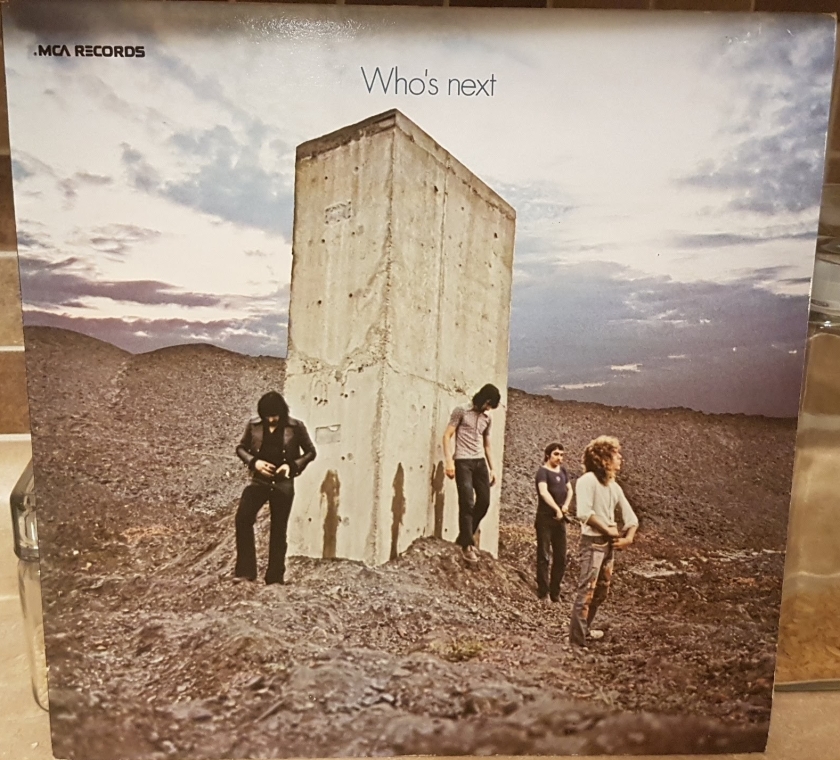 I never really paid much attention to The Who growing up. ‘My Generation’ was my Dad’s song, ya know? And whenever Won’t Get Fooled Again would come on Much Music, I could never make it to the end of the video. Too long and boring for my 14-year-old self!

I didn’t start getting into them until after I moved down from Norhern Ontario to Southern Ontario in my very early 20s. Finally, I was able to pull in a cool radio station, Q107 from Toronto. They would play a bunch of songs I had never heard before, including this crazy epic one that ended with a fiddle solo from the band The Who. How they baked that into ‘Teenage Wasteland’, a REAL rock ‘n roll song, motivated me to spend some cash to get more. My first purchase was The Who’s Greatest Hits on CD. 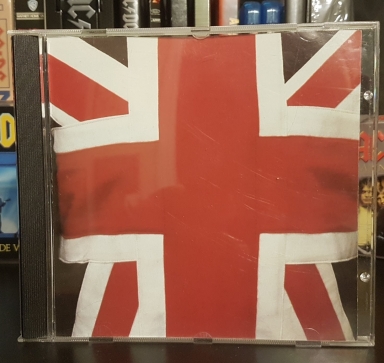 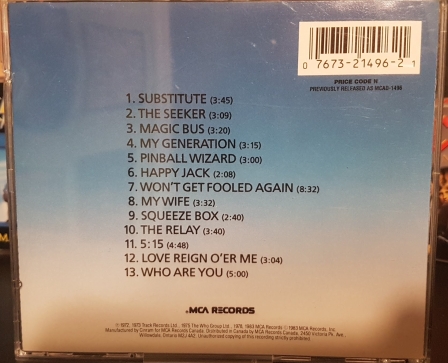 It didn’t have ‘Teenage Wasteland’ on it, but it was enough to satisfy me for a while. Then, I was in the basement of my local record shop when I struck gold.

I think the place was named Dave’s Emporium (or something like that) in downtown Barrie. Dave had a basement loaded with inexpensive vinyl records. Whenever a customer brought in a stack to trade in, he would pick out the cherry ones to be priced and sold upstairs while the rest would go into the basement as filler for the $2 bins.

But there were gems down there.

Dave knew that once in a while something would slip by him and end up in the basement. But as long as you were willing to search through the crap for the possibility of finding a gem, he would honour the price.

This is where I found my vinyl copy of Who’s Next. I remember when I brought it up to the counter, Dave looked at it and said, “Gee, how did that one get by me?” I just shrugged. At the time, I had no idea what I had just found. I didn’t know I had The Who’s masterpiece in my hands. To me, this was a record that had only two songs I knew (Won’t Get Fooled Again and My Wife) out of nine. Only knowing what 22% of the album sounded like was a $2 gamble to me!

I bet 99% of you already know where this is going but I’m going to tell it anyway. I got the record home and started playing down song 1 on side 1. This tune had a weird title, Baba O’Reilly… and in seconds I recognized it as ‘Teenage Wasteland’. What the hell? Why is this song called Baba O’Reilly?

The whole album blew me away. Bargain and Behind Blue Eyes I sort of already knew. I heard them somewhere without knowing they were from The Who. Love Ain’t For Keeping, The Song is Over, and Getting In Tune were all great lesser known songs. I was amazed at how both drummer Keith Moon and bass player John Enwhistle could have these flashy fills without stepping on the rest of these mellow tracks. They both had a magical way of overstating while remaining understated with their instruments.

Going Mobile quickly became an all time favourite of mine; really a great example of how Pete Townshed’s song writing was on another level at this point. And Won’t Get Fooled Again, which might be the greatest album closer of all time, solidified Roger Daultry as a legendary rock singer with that one scream. Every track was on this is a corker! $2 well spent! Oh, and Happy 49th Birthday!