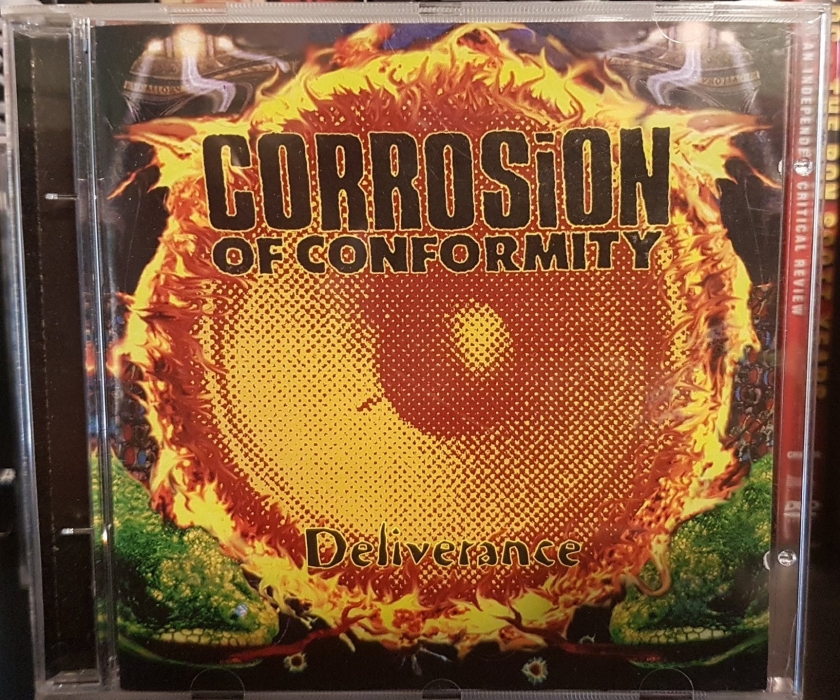 In the mid-’90s, Corrosion of Conformity (COC) flew onto my radar when they covered “Lord of This World” on the Black Sabbath tribute album, Nativity in Black.  Blind buying a new CD was a big gamble back when they cost $20 plus tax, or over half of a 4-hour shift pumping gas.   But dang, that cover was so good.  So, I took a chance on COC’s latest offering at the time, Deliverance.  And… 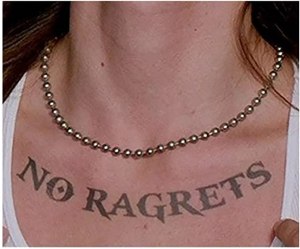 COC came up in the ’80s as a thrash/punk band, but the got a little success when they began to dabble with a more metal sound on their previous album from ’91, Blind.  Although the tunes on it were a mixture of several hard rock genres, “Vote With A Bullet” was the only one to get some attention.  It featured a metal riff and the vocal talents of the band’s new guitarist Pepper Keenan instead of the lead singer Karl Agell.

Well, I suppose that was enough to kick poor Karl to the curb because, for Deliverance, COC went full Pepper.  Now the main songwriter and lead vocal, the dude came up with a sludgy, dark, and heavy masterpiece.  More Sabbathy than anything Sabbath was putting out at the time.

A quick glance at the 14 tracks on Deliverance might lead you to believe that this album is way too frigin’ long, but that is a little deceiving.  Without Wings, Mano de Mono, and #2121313 are short instrumentals designed as bridges between tracks.  It is something Sabbath would do often during the classic “Ozzy years”.  So, at 54:24, the album is only slightly overlong.  But most albums in the ’90s were at least slightly overlong.

For the tunes with lyrics, I enjoy Pepper’s writing style.  I find the songs don’t have a cohesive flow and are phrases thrown together for the sake of sounding cool, but it does work for the most part!  Heaven’s Not Over Flowing is a list of stupid/bad things we humans do, and the chorus hits it home as the reason for why Heaven is not over flowing.  One of my favourite lines is from Clean My Wounds:

Help me Jesus, help me clean my wounds
He said, I cannot heal that kind

Oof.  You must have really screwed up, then!

Well, when it comes to metal, I’m here for the grooves and Deliverance… delivers.  “Clean My Wounds” along with Albatross are the album’s best well-known tracks and they are both good representations of what you’ll get here.  Either a slow or fast stoner-rock riff with a tinge of southern flare.  Seven Days, Heaven’s Not Overflowing, Senior Limpo and Broken Man, are the standouts for me.  All earned spots on many mixed tapes back in the day.

Shelter is the single mellow/non-instrumental tune; The “Planet Caravan” of the album, if you will.   And the final track, Pearls of Swine finishes off its slow groove with the sound effects of (what I assume is) a grave digger merrily whistling away as he throws dirt on a grave.  In fact, they play it at the beginning of the video for “Albatross”:

Yeah, that is pretty Sabbath in my books.

If you’re a fan of the classic Sabbath, Pepper’s voice might not win you over as easily as Ozzy’s can, but the rest is a worthy salute to the music that influenced it. #MarsApproved

And be sure to check out Mike Ladano’s write up of this stellar album right here.  Spoiler alert!  He gives it a perfect score!