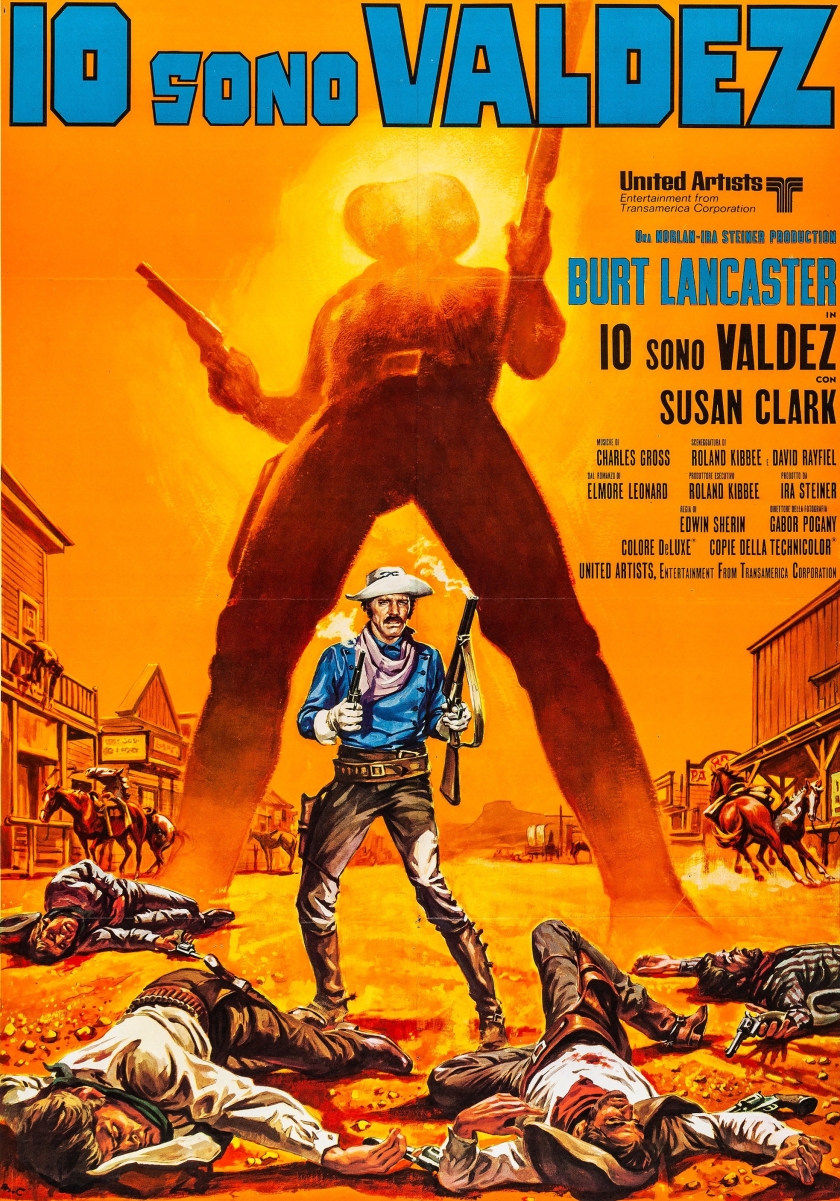 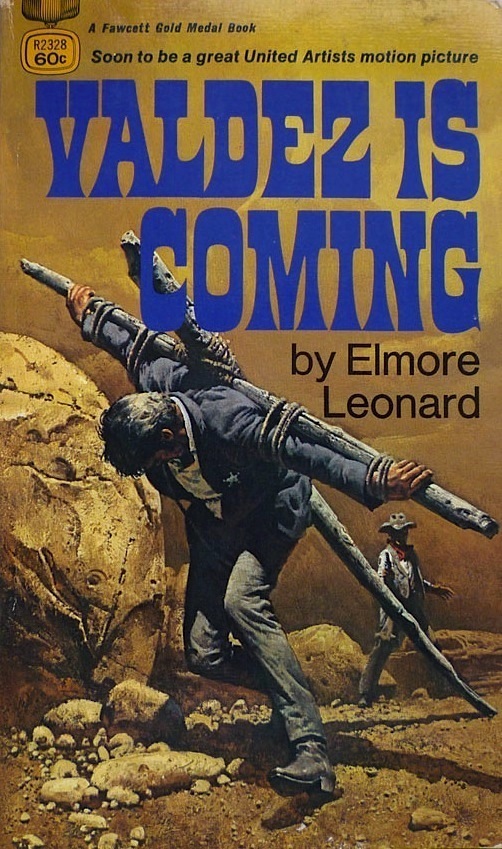 I have been incredibly jealous of one of my favourite bloggers, Cincinnati Baby Head since he posted about his viewing of Valdez Is Coming this past summer.

Why?  Because Elmore Leonard is MY guy.  No one I know personally (besides myself) reads his books.  His novel, Valdez Is Coming, is one I had not read yet and was oblivious to its film adaptation.  I needed to correct this right away.  Now, I’ve read the book, I watched the movie, and I’m quite satisfied with both.

Valdez is Coming stars Burt Lancaster as Bob Valdez, a Mexican/American. Yeah, Lancaster is a white guy so he is in brown face.  In 1970, Hollywood was still catering to the Archie Bunkers of the world and the hip, young cats of the time are who we know today as Boomers.  So, putting a Hispanic in the lead role would just not be done.  Not to say that this movie is racist by any stretch; Its message and motivations of the protagonists are quite the opposite.  It just so happens to have shortsightedly done a racist thing.  Don’t watch if you think you might be offended.

Now on with the story: Valdez is an aging town constable who is tricked into killing an innocent man by powerful rancher Frank Tanner.  Valdez wants to correct this error by setting up a collection for the man’s wife and his unborn child.  The town agrees to put up $100 if he can get Tanner to chip in $100 himself.

Tanner eventually grows tired of Valdez’s repeated requests for money and ties a wooden cross to his back, leaving Valdez groveling alone in the desert.  Valdez does manage to get out of the torturous situation and prepares to face Tanner again.  Now donning his old cavalry uniform, Valdez injures one of Tanner’s men and sends him to his boss with a message:  “Valdez is coming.”

The movie is about 95% faithful to the source material with only a few minor changes made.  I was most relieved to see how it kept the novel’s brilliant ending intact, instead of tacking on a traditional Hollywood “ride off into the sunset”.

This really has everything you would want out of a good western.  A protagonist with intentions you can get behind, a mean S.O.B. villain, plenty of violent gun-play, and some eye-popping cinematography.  This is my kind of show.

Don’t believe me?  Well, if you are in the correct region, you can stream it for yourself here for FREE on Tubi TV [not a sponser]:

You don’t need to sign up for anything; they only ask that you sit through a 30-second ad at the beginning.  Do it now for a free sample of an Elmore Leonard western novel and the full version of a #MarsApproved film.