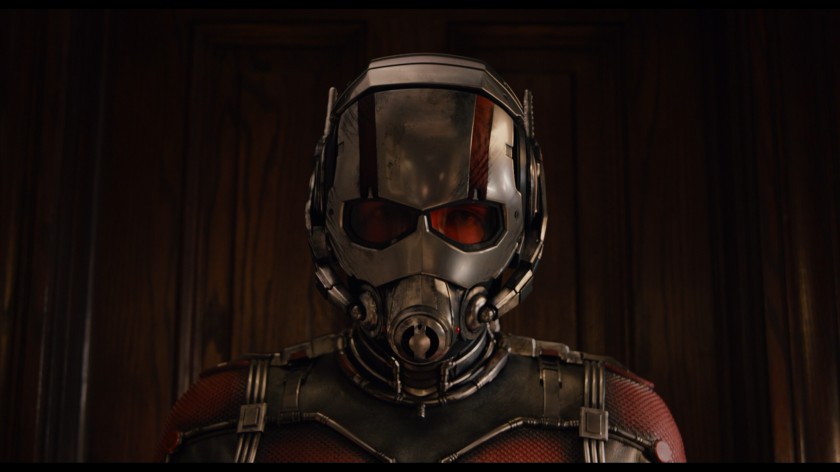 “Pick on someone your own size.”
Ant-Man begins in the year 1989 with Michael Douglas sporting a fresh layer of CG to make him look like he just step off the set of War of the Roses. 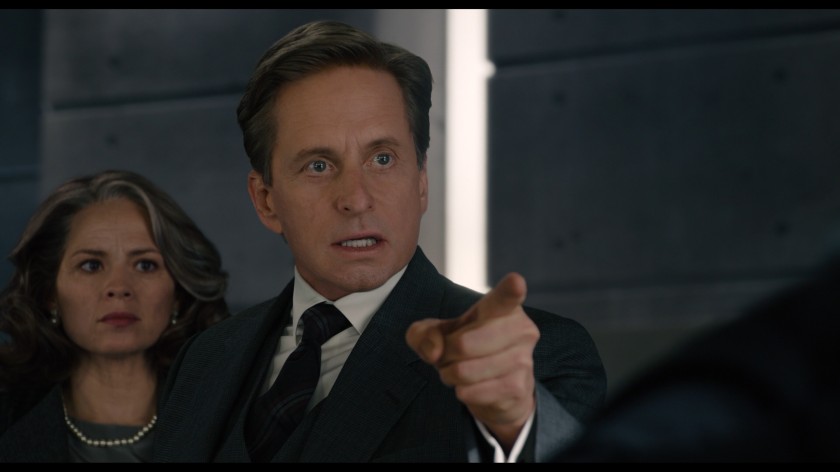 Anyway, Michael Douglas plays S.H.I.E.L.D. scientist Hank Pym who has just discovered an attempt by some frenemies in the organization, including Howard Stark (John Slattery), to replicate his dangerous “Ant-Man” shrinking technology.  Pym vows to hide it as long as he lives and resigns from S.H.I.E.L.D.

The story fast forwards to present day, where Pym has been run out of his own company, Pym Technologies, with former protégé Darren Cross (Corey Stoll) running the show.  Pym learns that Cross has uncovered the Ant-Man project and is now close to perfecting a shrinking suit of his own, the Yellowjacket.

With time not on his side, Pym decides he needs to steal the Yellowjacket suit to ensure the technology doesn’t end up in the wrong hands.  Unable to weld the Ant-Man suit himself any longer, Pym devises an elaborate plan to enlist the clever, well-meaning thief Scott Lang (Paul Rudd) to become the new Ant-Man.  Pym trains Scott on how to use the Ant-Man suit’s shrinking powers and control ants, while Pym daughter Hope (Evangeline Lilly) trains him to fight.

The stakes are high here however, as it turns out Cross (whose tampering with atom-manipulation is giving him a slight case of megalomania) is not to stopping at one Yellowjacket suit, but is building an army of them to sell on the black market.  His buyer?  None other than The Avengers and S.H.I.E.L.D enemy #1, HYDRA!

Peyton Reed (Yes Man, Bring It On), who traditionally works in the comedy fluff category, would not make my top ten list of would be Marvel Cinematic Universe directors.  But damn, did he ever hit a home run.  This film has a ton crammed into its relatively short 1hr 57mins.  Ant-Man is one part heist flick, one part science fiction, with a whole lotta comedy mixed in.  I’ll admit, Pym’s plan to enlist Lang to wear the suit is a wee bit hokey, but the scenes work well to establish the characters roles for the big heist later on.

The script is loaded with punchy dialogue that is delivered by some versatile actors who have experience when walking the line between comedy and drama.  Outside of the main cast we have Bobby Cannavale (The Station Agent, Boardwalk Empire), John Slattery (Mad Men), Judy Greer (Arrested Development), and Wood Harris (The Wire, Justified).  I feel like the casting agent and I have similar tastes in television programs.

But the stand out among them is Micheal Peña (CHiPs, Narcos).  He plays the easily excitable Luis who appears to be having just as much fun playing the character as you are watching him.  Especially during a couple of flashback sequences, which is a nice segue to….

Twice the film uses a flashback sequence to move along plot heavy backstory.  They are narrated and voiced over by an excited Luis with the actors mimicking his phrasing and facial expressions as he tells it.  It’s funny, it moves quickly, and it is brilliant.  Loved it.  I want more in the upcoming Ant-Man and the Wasp. 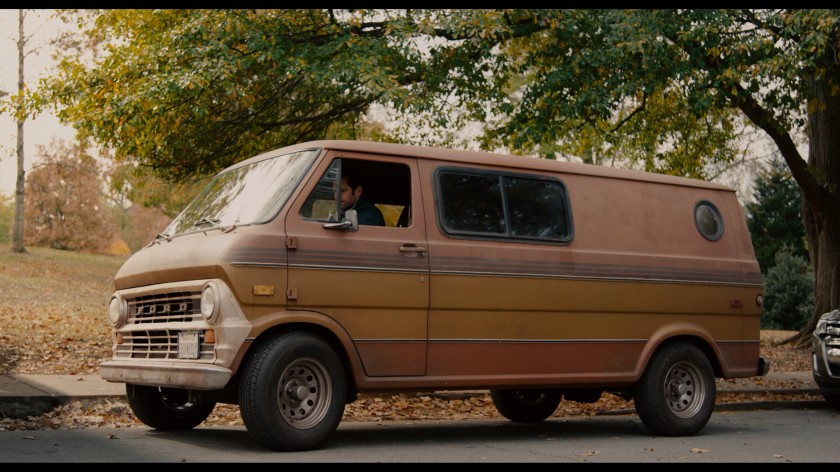 Stan-The-Man’s cameo is a brief one line delivered during one of Luis’ flashbacks.  It was a clever way to sneak Stan in there and fun to watch him deliver the line as Luis.  But I am going to have to knock off a point since we don’t get to hear his voice. 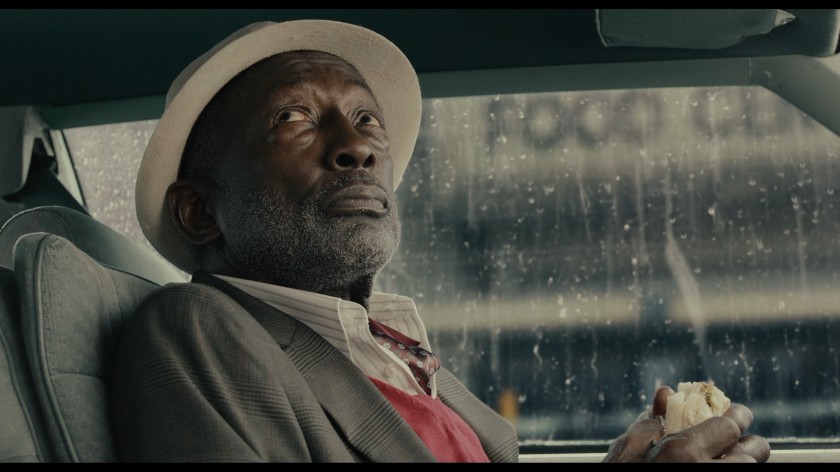 I remember scratching my head when seeing famed SNL alum Garrett Morris in a tiny  one line role when watching Ant-Man for the first time.  This time, I had to look it up.  Turns out it was designed to be a Stan Lee like cameo.  Apparently Morris played Ant-Man in a SNL sketch called “Ant-Man at a Party” back in the day and Peyton Reed wanted him in this film.  I consider myself as a bit of a ‘pre-Norm MacDonald getting fired’ SNL geek and this one came as a complete surprise.  Nice touch.

Woah, this disc is loaded with the goods.

Besides a 15 minute press kit that is a little heavy on the overselling (But does give you a look at how they dropped a tank from 10 stories), the rest is a smashing good time.  The audio commentary features Reed and Rudd who deliver great insight into the making of the film while being entertaining.  The gag reel is funny, the 8 minute featurette on the practical and CG effects is compelling, and the extra/extended scenes offer some back story.  Solid job.

I didn’t even scratch the surface of what is happening in this movie.  There are sub plots with Scott’s wife and kid, a budding relationship between Scott and Hope, and even a fight scene with The Falcon.  But they are merely the icing for an excellent heist flick cake.  Ant-Man has a unique rhythm when compared to its sibling Marvel films, and although it introduces Ant-Man to the MCU, its story is disconnected from the rest.  So, it might even be a good place to introduce someone to these movies.  Kind of test the waters a bit before starting at the beginning.  You know, someone like a parent or spouse or perhaps a crusty old Aunt, man.