Powerage is a bit of a tricky album for me to review. I do love it and I agree how it is AC/DC’s most under-appreciated album.  It contains some of the band’s best work from the Bon Scott era and receives little recognition for it.  It has rightfully earned a place in the hearts among those that “know” AC/DC beyond Highway To Hell and Back In Black, but there are a few things that does lessen the overall experience. 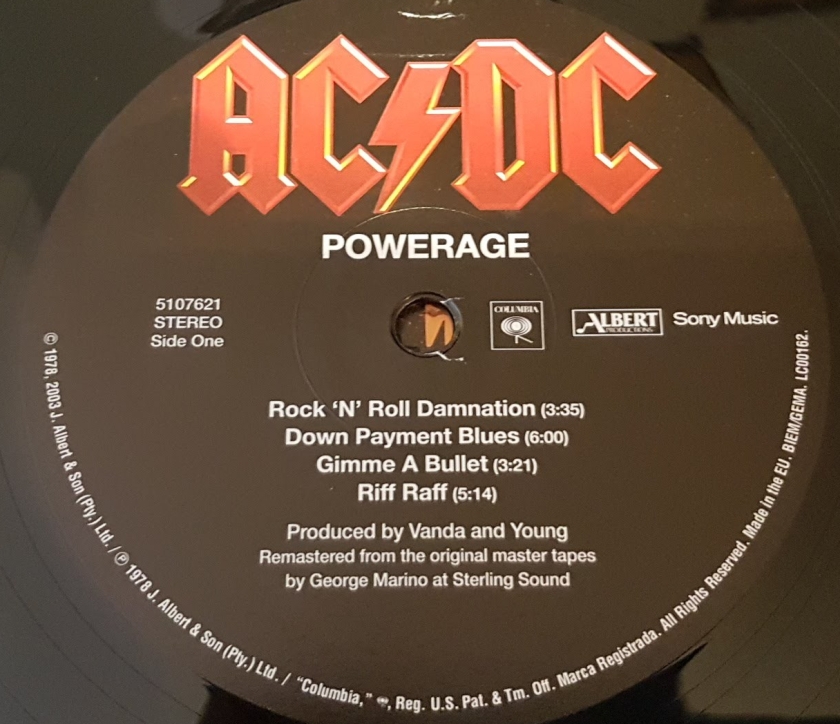 Rock ‘N Roll Damnation starts the album off.  It is a catchy tune with a nice punch that I do hum to myself quite often.  Down Payment Blues, I have never been much of a fan of.  Bon’s lyrics are strong, but the riff itself is a little boring to me.

Bullet to Bite On is another catchy tune.  This is the band first album with Cliff Williams who hammers out a nice groove.  It’s a toe tapper.

Now, “Riff Raff”.… where do I begin?  This song kicks you in the face at the start and will not stop beating on you until it is done.  This tune owns four or five of the best rock riffs ever.  Truly the album’s masterpiece with some of Bon’s best lyrics:

Simply amazing.  How Bon even figured out how to put a melody over this hot-crazyness is beyond me.  Angus’ lead licks, the back and forth with the rest of the band…  this is 4 on 4 rock but it feels like so much more!

Sin City might be the album’s best known tune since its big, mighty riff has became a constant for the live shows.  The big break down in the middle features Bon singing over Cliff’s solo bass and it also has one of Angus’ most frantic solos ever.  A treat to listen too.

The lyrics for What’s Next To The Moon are brilliant.  I think they are from a villainous third person point of view because the second verse is about Superman.  Worth noting that Angus came up with the riff for this one after breaking a string in studio and was tuning up while putting a new one on.  Fun fact.

Gone Shootin’ earned a bit of recognition when it was included on 1998’s Beavis and Butt-head Do America soundtrack but it is still not enough.  This is some of AC/DC’s finest work.  Bon sings about a girlfriend that is on one of the drugs you cook with a spoon.  This line gets me every time:

Up to My Neck In You  is a competent AC/DC tune.  Nothing wrong with it but also nothing that makes it stand out.  But the album ‘s final song does.

Kicked In The Teeth is brilliance with two chords…

Its Muddy Water-ish opening with Bon going back and forth with the rest of the band is a perfect set up for a song about a woman who’s done him wrong.  Angus’ lead work is brilliant again with a couple of lightning solos and fills.

Powerage has some tunes that represent AC/DC at their finest even if it is uneven at times.  Get it if you like rock ‘n roll. 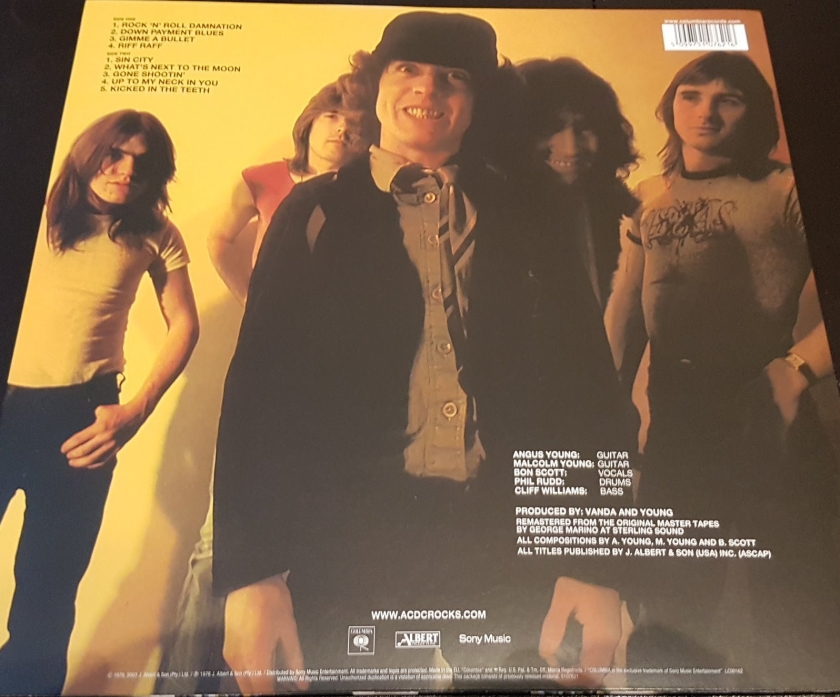