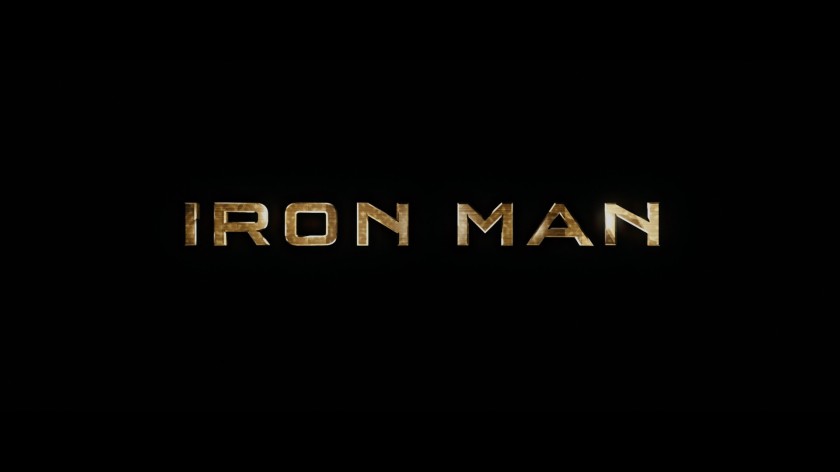 I remember my disappointment after hearing the lead role of Tony Stark for the new upcoming live action Iron Man film would be going to Robert Downey Jr.  I had watched what at the time would be three recent films he was in (A Scanner Darkly, Tropic Thunder and Zodiac).  I thought he was weak sauce in all as I found he mumbled his lines and I couldn’t understand a word he was saying.

So, I was surprised when I finally did see Iron Man.  Not only was the film good but RDJ did a solid job, too.  I can’t say for sure how much of his real life played into it (which closely mirrors Tony Stark’s; they both came to outgrow their father’s accomplishments and have had struggles with drugs/alcohol), but I did get a genuine vibe from the character.  Most importantly to me, however, was how every word he spoke was enunciated clearly.

But, that was waaaaay back in 2008 and here I am in 2017 and can only remember Tony building the “Mark 1” suit in a cave and Terrence Howard playing “Rhoady” instead of Don Cheadle.  Well, time to see if the film that kicked off an entire cinematic universe still holds up!

“Give me a scotch. I’m starving.”
Tony Stark (Robert Downey Jr.) lives many roles.  He is a multi-billionaire, an engineering genius, the head of the world’s largest weapons manufacturer that bares his family name (Stark Industries), and a womanizer.

During a visit to Afghanistan for a demonstration of his latest creation, the state of the art Jericho missile, the Humvee Tony is being transported in is ambushed by a terrorist group known as the Ten Rings.  They imprison Tony, who barely survives an injury to his chest where shrapnel shards are embedded close to his heart.  Tony is operated on by a fellow captive Dr. Yelsin (Shaun Toub) who implants an electromagnet into Tony’s chest.  The device is designed to keep the shards away from his heart and allows Tony to live.  Ten Rings demands Tony build them a Jericho missile in exchange for his freedom, which Tony pretends to do, as he secretly builds an iron suit powered by his new electromagnet.  The suit is crude, but it is good enough to allow Tony to escape.

Tony has a new lease on life when he returns to America, and no longer wishes for Stark Industries to be a weapons manufacturer.  He improves on his iron suit idea and builds one designed to fight crime and terrorism, but not everyone is so thrilled with the company’s new profit-losing direction.

Well, 2017 me thoroughly enjoyed Iron Man.  The build-up to Tony getting his suit in the first 3rd of the film is grounded in reality and resembles something that could happen in real life.  It must have been tempting to start the film off by showing Iron Man take down baddies in some over-the-top fashion, but this direction lends to a better pay-off when we finally do get to see Tony in his suit.

The Yelsin character helps with the tension in the opening too.  You know in the back of your head that Tony will make it out of the cave alive (it would be a short cinematic universe if he didn’t), so much of the suspense relies on if Yelsin will follow Tony out of the cave alive.

The rest of the film is your standard comic book affair.  It’s a “greed makes what seems to be a good guy, a bad guy” kind of story but it is a solid script with plenty of action and humor.  Obadiah Stane (Jeff Bridges) makes for a great villain as he slowly reveals his true nature and he represents Tony letting go of the old way of doing things.  The rest of the cast (Pepper Potts (Gwyneth Paltrow), James “Rhodey” Rhodes (Terance Howard), and Happy Hogan (Jon Favreau)) round out Tony’s team and they allow him to shine as the central figure.  It was nice to see Tony get some room to breath instead of being in a “Joss Whedon-y” ensemble cast where everyone is in a constant competition to be one upped. 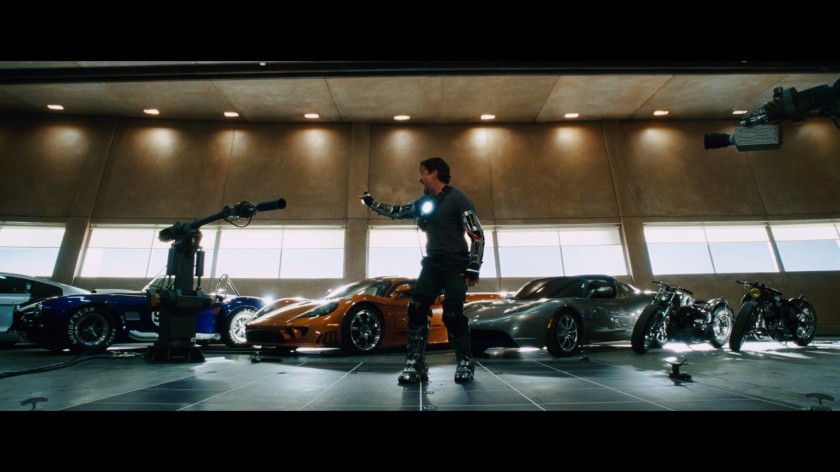 Tony’s super computer, Jarvis, takes a bit of a back seat in this one to these helper machines that assist Tony with building his suit.  So much expression from a robot arm holding a fire extinguisher that make for a few cute/funny moments.  It is good times.

I want the Stark 4

The Stark 4 is a 2008 Audi R8.  My desire for wanting one of these is from how well they handle and sound in the Forza Motorsport series of video games.  Tony treats this thing like an everyday car for fetching groceries.  Give it to me.  It is old now and you don’t want it anymore.  I will treat it nicely. 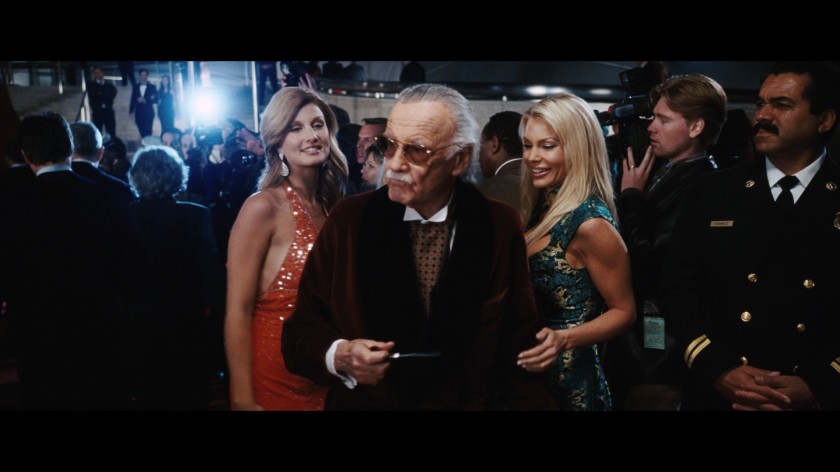 Stan-the-Man cameos began as a regular feature in X-Men and Iron Man carried on the tradition.  Here we see Stan at one of Tony’s parties playing Hugh Hefner and the likeness is… Uncanny… One of the all-time best uses of Stan. (5/5)

Yeah, Iron Man was made for the Blu-ray format and it shows.  The film has the crisp look, with deep colours and just a hint of grain.  I don’t expect anything less from a 2008 film and on.

Iron Man is a great example of a perfect True HD 5.1 mix.  The bass was deep and rumbly from the early scenes in Afghanistan and on.  The dialogue was clear during the action and the surround speakers got a nice work out throughout.  Good times.

My copy is used and missing the 2nd disc which contains most of the bonus material… sniff.  So I will revise this review and probably boost the score if I ever do find the 2nd disc somewhere.  For now, I can only review what I have on disc one which is a bit underwhelming.

First up is some 3D renderings of the different Iron Man suits featured in the film that you can look at in “360 view”.  It is a clunky experience and what you’d expect from when publishers were still experimenting with Blu rays a decade ago.  Meh.

Next is a 45-ish minute documentary about the Iron Man comic books. It starts off gang busters with Stan Lee talking about his original concept and it is interesting to see what the film makers chose to adapt into the film.  It starts to drag after a while though as it begins to focus on the current adaptation of the character (with “current” being 2008).  It is understandable to want to give the books a plug but I didn’t find it all that interesting.

Finally we have about 20 or so minutes of deleted/extra scenes.  They are interesting enough but not a must watch.  These were deleted for a reason, after all.  Plus, Rhody wrecks that Audi R8 in one of them.  Screw that!

Iron Man got the Marvel cinematic universe started on the right foot and it has aged gracefully.  The special effects can look a little CG-ish at times (when Iron Man’s suit comes on or off specifically) but it is only a…. small wrinkle for a script this good.  Nothing else to… iron out with this one… Think I’ll go to the gym now and… 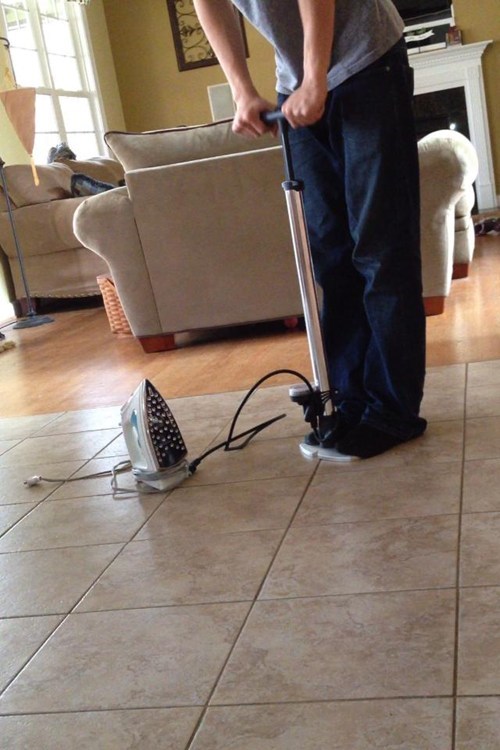